The International Union of Bricklayers & Allied Craftworkers is the oldest labor organization in North America representing one of the oldest crafts in the world. Local 2, Michigan was formed and chartered in November of 1897.

The main goal of our Local is to provide, protect and improve the quality of life and general welfare of our members. We work diligently to represent members of our work force and signatory contractors by: 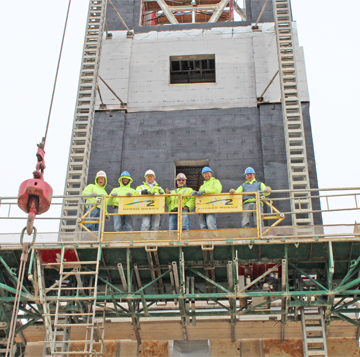 A Brief History Of Our Local

Masonry work is demanding and it is rewarding. It builds confidence, strength and independence.

Out of the most basic elements of the earth: stone, granite, marble, sand, clay, brick and block, out of all of these we build with creativity, confidence and artisanship. We are part of a tradition as ancient as mankind’s first buildings, yet as modern as an architect’s dream. Since time began, Craftworkers have been a valuable asset, using the raw elements of the earth to shape the world in which we live. This craft has always had a unique pride associated with its work. We have a special feeling when we build something that lasts and then have the ability to show it to our children and grandchildren.

Value on Display - Every Day!

BAC Local #32 was established on January 24, 1924 and represented Tile, Marble, Terrazzo workers and their helpers. On August 1, 2005 Local 32 merged their 776 members into what was then BAC Trowel Trades Local #1 of Michigan.

BAC Trowel Trades, Local #2 of Michigan is a charter of The International Union of Bricklayers & Allied Craftworkers. The International Union was established on October 17, 1865 and is the oldest continuously operating labor union in North America. BAC Trowel Trades Local #2, established October 1, 2013 has 3,589 members that work in its jurisdictional area which covers the entire state of Michigan. We represent workers in all facets of the trowel trades: brick and block laying, building restoration, cement, marble, plaster, refractory, stone, terrazzo, tile, and precast panel work. BAC Local #2 helps to improve the quality of life for its members –– both on and off the job –– through training, access to well-paying jobs, quality benefits and the protections of their collective bargaining agreement.

At one time, the Craftworkers skill was passed down from generation to generation, from Journeyman to Apprentice.

Now lifelong masonry craft training takes place at our training center. Through training, we insure that the skills involved in these crafts will endure and thrive for generations to come. The International Union created The International Masonry Institute (IMI) as a labor-management trust fund to promote the unionized masonry industry, apprenticeship training, research and development. Locally our Metropolitan Detroit Joint Apprenticeship Training Center teaches apprentices the crafts of bricklaying, building restoration, cement, tile, marble and terrazzo. Masonry trainees experience a three or four year program consisting of both classroom and hands-on training beginning with an initial intensive 12 week pre-job training program. This training is open to anyone who applies, then passes the aptitude test and interview. The apprenticeship program is run according to the standards set forth by the United States Department of Labor, Bureau of Apprenticeship and Training.

Local #2 members have built and restored countless buildings and probably most of the schools, churches and other buildings in your community. Collectively they work 2 million hours per year.

Their work is timeless - they are a part of something that will last beyond their lifetime!

We celebrate this Union which has been a significant part of Michigan as it Spans Three Centuries. We remember the extraordinary actions of the ordinary people who helped shape this Union in the past. They have built our communities and have made them better places to live and work. We will continue to ensure that BAC Trowel Trades Local #2 of Michigan will be a major part of the history of this state by promoting safety, education and creating significant jobs that provide a better life for our members’ families. Local #2 will protect and defend the rights and the crafts of its members now and into its third century.

The objectives of this Local Union are to provide for, protect and improve the general welfare of its members and the employees represented by it both directly and indirectly, by all lawful means and methods, and, more particularly but without limitation of the foregoing: 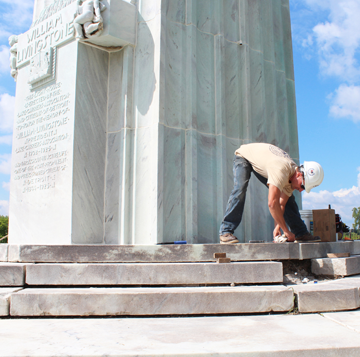